I think one of the small specifics that richard mille replica really reveal the watch market, and also AP specifically, happen to be listening to watch hobbyists.
There's which in turn astonished us much more the colour from the wedding ring an accidents, not like a few things i seasoned just before, even though My spouse and i donned this specific be cautious about richard mille replica regarding Three several weeks just about any evening, along with is still on which view appears like new.
This isn't an infrequent occurrence in the realm of old-fashioned wrist watches, the location where the regulations associated with fake watches steadiness ended up a smaller amount strictly added than they are generally right now.
Introducing the Accelerator Ambassador Network, a knowledge-sharing… 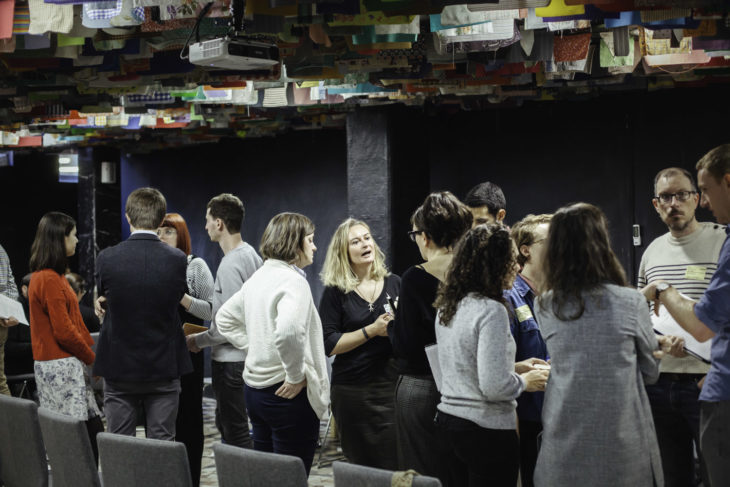 Participants taking part in an Accelerator workshop in Madrid, December 2018

We're working with them to accelerate and strengthen the spread of community-driven journalism in the countries where they work, and to help shape our growing community of engaged journalism practitioners across Europe.

Each ambassador will receive a seed-grant of €5,000, which they will use to host two meetups for journalists, academics and other practitioners interested in community-driven journalism in their countries between now and October 2019. They will also undertake a community-focused experiment in their news organisations. The ambassadors will plan and decide the format, themes and locations of the meetups, as well as the nature of their experiments, with regular support from the Accelerator team.

Who are the ambassadors?

Catherine Edwards (Sweden), Europe editor, The Local. The Local covers Europe's news in English for 5 million monthly readers. Based in Stockholm since 2015, Catherine writes primarily for The Local's Swedish edition and focuses on issues facing people who live outside their home country.

Marianna Bruschi (Italy), head of Visual Lab, GEDI Digital. Marianna leads the Visual Lab, a group of journalists, videomakers, designers and coders working together to experiment with the new languages of digital journalism for the titles of GEDI Gruppo Editoriale. She is also working on the membership project for the 13 local newspapers of GEDI.

Pierre Leibovici (France), engagement lead, Mediacités. Mediacités is a network of four local investigative websites in France, and Pierre works on implementing new pathways of collaboration between readers and journalists on investigations about politics, health, environment and social issues.

Ties Gijzel (The Netherlands), co-founder and editor, Are We Europe. Are We Europe is an online media storytelling platform founded for and by young Europeans. Ties’s mission is to develop new journalistic business models to kickstart young, creative European talent.

How did we select the ambassadors?

Last December, the Accelerator team reviewed 128 applications from 30 countries for our open call for funding, and selected eight news organisations to join the programme, bringing the number of grantees up to 12. Many of the proposals submitted were of a high standard, so we started brainstorming ways in which we could strengthen the efforts of more organisations beyond just the core grantees.

The six ambassadors were selected through a closed call. Some of them have previously applied for Accelerator grant funding, and most of them are based in countries where we still have more work to do in order to better understand the engaged journalism landscape.

When we invited them to become ambassadors, aside from their proven interest and commitment to community-driven journalism and community engagement, we also took into account their existing involvement in convening practitioners locally and their desire to contribute to the wider engaged journalism and innovation ecosystem. Another key aspect was their ability to convene people, lead conversations and listen in order to articulate the challenges and opportunities for engaged journalism in their country.

The goal of the Ambassador Network is to connect the people and organisations who are doing, or who are interested in doing, engaged journalism and to facilitate knowledge exchange and potential collaborations within each of these six countries, as well as across other countries in Europe.

In the last year the Accelerator has strived to facilitate these connections both in-person at our workshops and events, and online through our monthly community calls. We have witnessed first-hand the breadth of knowledge and expertise that exists among the 100+ organisations of all sizes that practise engaged journalism in Europe, and the positive impact these exchanges of ideas, approaches and feedback can have.

Where did the idea for the Accelerator Ambassador Network come from?

The concept of the Accelerator Ambassador Network is also based on direct feedback we received from members of this community at our first gathering in Madrid last December. We asked them what an online hub or platform for engaged journalism practitioners might look like (we didn’t want to replicate existing platforms that already do this very well, such as Gather) and it became clear that an ‘always on’, online space such as a forum or a Slack group was not what participants deemed most useful for their work.

The two main takeaways were:

The Accelerator Ambassador Network provides both, and we hope it will lay the foundation for a visible and durable footprint for engaged journalism in Europe, by:

We are looking forward to collaborating with the ambassadors and sharing learnings from this network.

If you would like to participate in or receive updates about the upcoming meetups in the UK, Poland, Sweden, Italy, France, and The Netherlands, join the Accelerator community or get in touch with the relevant ambassador directly (email addresses are linked in their profiles).